The fight to save our club 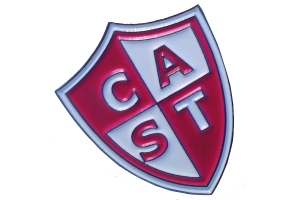 Maybe I’ve been locked up indoors too long, but I think the first person I may hug after all this is over is Simon Jordan.

In event times the ex-Palace owner and chairman has stood up for Charlton and it’s supporters more than Richard Murray has done for years. The world has changed, a lot, but who would have thought that in 2006?

Today Jordan took Matt Southall to task on TalkSPORT, and only the interruption and obvious attempted refraining (seen in the video below) from that know-all, knows-nothing twat Jim White prevented Jordan from laying one on, figuratively speaking, the con-artist, who is still claiming 35% of our club.

How an earth did we fall for the slippery and stuttering snake Southall. But hey he did spend the £1 though.

Also, according to Jordan, a Charlton player got in touch with TalkSPORT after the show and said that £3m was left in the bank from Duchatelet and it’s now gone. The players led by Solly, Taylor, Pratley and Pearce have signed a 25% deferral but told they won’t get it back. They asked for the deferred wages to go to club staff, and they were also told no.

Of course tomorrow is D-Day and we await Tahnoon Nimer’s next move, heck possibly his first ever move, apart from some Instagramming pouting. With the time difference, assuming Tahnoon is in Abu Dhabi, the EFL should have an answer to their response.

How did we end up with these two crooks?

Meanwhile, the fight back from Addicks is on, again. CAST articulately put forward a statement today with good clarity and actions. It doesn’t matter how old you are, we have all made a lifetime of fighting to safe our club. Together we will do it again. Come on you Addicks.

😡 Simon: “Have you burnt cash and where is the funding coming from?”

Troubling times for the club 🙏 pic.twitter.com/NinAdpsi6U