Football is nothing without fans 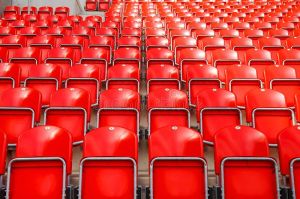 Before the EFL turned their attentions to us, they issued an open letter to fans of clubs on the 132nd anniversary of league football.

Rick Parry signed the letter, he only took over as chair late last year, but the overriding message was that when football does return it will be without fans. That has sadly become more and more obvious, but there doesn’t seem to be any other safe way.

Yet, there are so many contrasting views and football re-starting as soon as June seems in my mind fanciful to say the least.

All fans want the season to finish, we grew up cherishing the next game, there was always the next game, and ideally we’d mash through the final 9-10 games in a short as time frame as possible, with all games shown live on the box.

But, is it as easy as that? Lee Bowyer certainly doesn’t think so. Listen here.

Social distancing, the quantity and abilities of mass testing, and not at the expense of people that really need it, players fitness, their contracts and the time lapse required before the next season begins immediately jump to mind. How do we keep stadiums healthy and safe? Playing behind closed doors does not means it’s 22 players and a ref. What happens if a player tests positive?

The government will have the final say of course, not the EFL, but when football resumes stadiums may well be empty but you can’t tell me people won’t go to stadiums and grounds across the country, even if they aren’t allowed inside. I’m thinking Anfield for one.

Football is nothing without it’s fans, but I’m watching crazy Americans on my TV fill streets demonstrating that they want their cities to re-open because they can’t sit at home any longer. I don’t know, this all seems too soon. People are still dying by a big away following on a weekly basis.