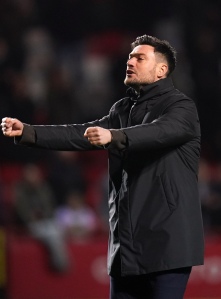 Unless Jacko signs a contract on Friday, Saturday will be his 58th day and 10th league game as caretaker manager. There’s a been a few additional cup games as well.

Negotiations are clearly happening, but sticking points I presume revolve around control, contract length and salary. Jason Euell is an interesting pawn in proceedings as well.

Initially I was one for giving Jacko until the end of the season, but in this everlasting job interview he has proven a worth way beyond that. If Charlton don’t make the play-off’s this season, then only one man, or possibly two or three, will be to blame, and none of them are Johnnie Jackson.

The January transfer window is fast approaching and Jacko says he has his ideas alongside I suspect Steve Gallen. Let us hope that Sandgaard has at least learnt from the summer debacle and not wait until the final dregs of the window.

It’s been hard to put a finger on Thomas’ management style. It is a rock ‘n’ roll mix of eccentric, meticulous, hard-nosed negotiator, naive, egotistical and pragmatic.

He does like the adulation, so why engage the wrath of a more and more obstreperous group of fans. I’m sure the deal will be done, I can’t even fathom the alternative, but it is kind of disrespectful and plain stupid as to why after almost 60 days we are where we are.

Saturday’s game at Plymouth is set to go ahead under a cloud of another surge of Covid cases and rules. Good luck and Godspeed to all of the Addicks making the long journey down to the West Country Saturday.