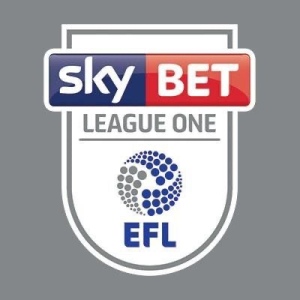 We’ll push on with this even though we are two games in. For Part II we are moving south to Lincolnshire as I continue my preview of our League One competitors.

Lincoln City comfortably survived their first season in tier 3 for over 20 years and will approach this season confident of further improvement under Michael Appleton.

Appleton has tried hard to put his own stamp on what was really the Cowley brother’s team. Jack Payne left for Swindon and Cian Bolger for Northampton and other Cowley stalwarts have also moved on. In their place come Liam Bridcutt, who was on loan at the end of last season. Joe Walsh and Conor McGrandles join from MK Dons as well as Alex Palmer, a goalie on loan from West Brom. Palmer was excellent at Plymouth last season in League Two. Midfielder Jamie Jones is a notable snatch from Crewe as well.

Lincoln have had about the biggest player turnover in the division, which shows confidence in Appleton.

Across country to our first opponents and Crewe Alexandra. Alex were well deserving of their promotion from League Two. Top at lockdown they were downgraded on PPG, but are back in the third tier after a four year break.

Manager David Artell has I thought made some good signings. The well travelled striker Mikael Mandron moved north from Gillingham, the experienced defender Donervan Daniels came from Luton, Shrewsbury’s Omar Beckles was a bit of a coo, and Luke Murphy came home after leaving for Leeds 7 years ago.

Artell is well liked and has Crewe playing their traditional neat way. If they hold onto centre-back and captain Perry Ng, then they will have better days than they did against us opening day.

Key player: Charlie Kirk. Possibilities: Survival and establishing themselves as a League One club.

South to Staffordshire and Burton Albion, and another that punch above their weight. Now managed by 35-year old Jake Buxton after Nigel Clough resigned during lockdown. The Brewers have had a busy window so far releasing Oliver Sarkic who went to Blackpool, whereas midfielder Scott Fraser turned down a new contract and moved to MK Dons. Chelsea signed 17-year old goalkeeping prospect Teddy Sherman-Lowe, but he was immediately loaned back to Burton.

Incomings have brought plenty of experience. From Scotland Steven Lawless was signed from Livingston and Kane Hemmings from Dundee, who has scored over 100 career goals and was born locally. Right back Neal Eardley has played over 400 games and comes from Lincoln as does Michael Bostwick who can better Eardley’s professional appearances by over 200 games. Even Luke Varney is back as player-coach.

Key player: Kane Hemmings. Possibilities: After two top half finishes since relegation from The Championship another one beckons.

Shrewsbury Town have failed to reach the heights of a play-off semi win against the Addicks in 2017/18. They’ve had two managers since then and Jason Ricketts is another L1 boss in his first managerial job.

Ricketts will miss creative midfielder Josh Laurent who joined Reading, who hasn’t been replaced and centre half Omar Beckles, who chose Crewe over the Shrews. Incomings have mostly been loans with winger Marlon Fossey from Spurs looking the most interesting.

Key player: Jason Cummings. Possibilities: To stay in L1 for a 7th season.

Peterborough United always come with big expectations in this league and after feeling hard done by after the PPG rule knocked them out of the play-off picture, they will again be right up for a promotion challenge under Darren Ferguson.

Ivan Toney inevitably left for £5m with the same again in add-ons to Brentford, but he was replaced by another old Lee Bowyer target of Jonson Clarke-Harris from Bristol Rovers. To join the triangle of the Addicks player chase, well as much as you can under a transfer embargo, Marcus Maddison also left the Posh in the summer, and is currently unattached.

Posh finished the season well, but have suffered from inconsistency explaining why this is their 8th season in L1 since being relegated. They still have many good players at this level including Mo Elisa, Mark Beavers, Joe Ward. Louis Reed and Siriki Dembele.

Peterborough have been promoted 9 times in their lower division history, but 80 miles down the road Ipswich Town have won the football league once (and were twice runners up), the FA Cup and the UEFA Cup. Yet since 2019 Ipswich have been in L1 for the first time since the 1950’s.

Paul Lambert was a still an odd appointment for me, yet he has a contract to 2025. Ipswich have a large unwieldy looking squad with an overload of midfielders. Lambert added the experience of defender Stephen Ward capped 50 times by Eire. He came from Stoke. The 6ft. 5inch Oli Hawkins was signed from Portsmouth as well. He will add to the firepower of Kayden Jackson and Oliver Norwood.

They will miss Luke Garbutt, who still appears without a club. Ex-Man Utd once hot topic Will Keane was released after scoring 9 goals in 41 appearances.

Key player: Freddie Sears. Possibilities: Has to be promotion but I wonder if it will be Lambert that takes the Tractor Boys there.

MK Dons are the final team in my Part II look at fellow League One teams. Manager Russell Martin in his first job in management kept MK up last season and that has to be the number one goal again.

Alex Gilbey and Rhys Healey are huge losses and following a lack of early transfer incomings Martin re-signed four players they had previously released. Midfielder Scott Fraser came in from Burton to replace Gilbey, but Healey’s goals will need to be replaced by Sam Nombe, Carlton Morris and Kieran Agaard,

The highest profile signing was Richard Keogh, who was sacked by Derby after that drink driving episode. He signed in August but is still recovering from injuries sustained in the crash,

Part I is here, with Part II to follow.