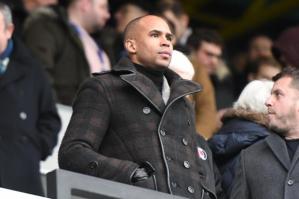 What we do know of HE Tahnoon Nimer is that he is a little excitable, not polished, and with English not his first language, that voice note was a result of a man clearly fired up.

But who here is the fantasist, the liar, the trickster?

Southall issued another statement this morning saying they have accepted HE Tahnoon Numer’s resignation. That was followed by a much more thorough and detailed account from Nimer, which tells a very different story, and a fuller one that Southall is sharing.

Nimer says he has not resigned and lists a catalogue of complaints about Southall’s stewardship and mis-management, in particular with the EFL, who had placed a transfer embargo on the club, which throws light on our transfer activity. Nimer’s post makes it clear that he is seeking the removal of Southall, and until such time will suspend any financial contributions. However he will remain as a club director.

I would assume Nimer has Jonathan Heller in his corner, and Southall for all the nice coats and social graces is looking more like a chancer and a wannabe.

If this wasn’t the football club we love, we’d get the popcorn out. Who’s lying? And who moves next?

More importantly give us our fucking football club back.