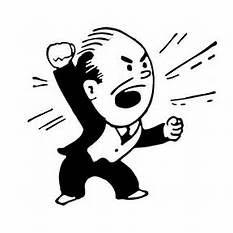 Oh look. A new pronouncement from our leader.

The old bugger escaped from his ward again this afternoon and managed to crank open the charge nurse’s typewriter.

No…. not a well done message to Lee Bowyer for our very encouraging start, or to the noisy Addicks in the big crowd on Saturday. Or to explain how he supported the manager in the transfer window, even though it meant selling another Premier League star of the future. Not even a pat on his own back by telling the story of turning down Brentford’s seven offers for Lyle Taylor.

Nope, just another arbitrary rant at CARD and Rick Everitt in particular. I like the way he then links to his own bio, which is about twenty times longer than Lee Bowyer’s on the OS. Then there’s a link to a timeline which basically blames everyone yet himself, but particularly the pied piper of Ramsgate, Rick Everitt.

The old loon has been dying to get back on that typewriter hasn’t he. Ever since CARD issued their latest statement a couple of weeks back.

He can’t help himself. Yet, how easy would it be for him just to explain to us how he dealt with a frantic transfer deadline, explain how he supported Gallen and Bowyer, or lay out the reasons why he blocked them on deals. I’m a bit cynical on the Ivan Toney bid, but how refreshing is Peterborough’s owner Darragh MacAnthony with the way he deals with Posh’s fans, and those of other clubs.

My apologies to Mr MacAnthony for mentioning him in the same breath as Roland Duchatelet.

Meanwhile the club still wait on the ratification or denial of the Tomer Hemed move. He has been given a squad number by Brighton but the Seagulls are in complete support of the move, which would be permanent on a one-year contract.

Also as Bowyer said last week he plans to add a free-agent right back to support Chris Solly and Tyrone Mears is currently on trial with the Addicks. Mears spent his entire career in the top two divisions, but had three seasons in the MLS, before being at West Brom last season. Mears is 36.