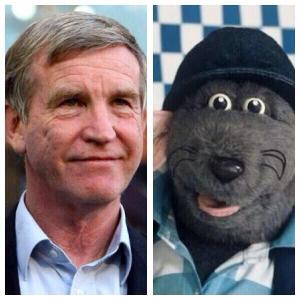 Like a few other things in a busy last few weeks I missed that the EFL have extended an invitation to CARD to discuss the present and future of the club. This follows EFL’s meeting with Duchatelet, club staff and CAST in recent months.

Duchatelet ranted again on Friday ringing into his mate at Sky Sports, Jim White suggesting, as Lee Bowyer also did last week, that the sale may be completed in Januzzzzzzzz.

“I think the fans are okay but I’m now talking about the protesters. If the protestors really want me to sell the club why did they protest when we tried to reduce the cost so we could make the club more attractive to buyers.” I blame Rick Everitt..

The old tosspot is so easy to read. Firstly Lyle Taylor pleas with Duchatelet publicly to keep the squad intact in January, then I suspect he was mightily rattled that the EFL ignored his remonstrations about us nasty, club killing protestors, and reached out to CARD to hear their side of the story.

Cue the rat to call in suddenly to Sky Sports to spout more old nonsense, and he pointedly skipped around the question of selling players in January.

Bowyer maybe showing some not unexpected naivety in his burgeoning managerial career, although his steel like honestly is so refreshing. Yet, he has never appeared to be one that easily has the wool pulled over their eyes. January will be a big month off the field as well as on.