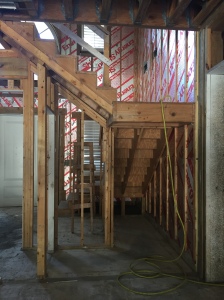 So we have been in the Florida sun rain for the past 10 days. We spent the first weekend with friends in Miami, which was a lot of fun, and then drove to our house in Sarasota across alligator alley on the other coast at the beginning of last week.

We bought this house in 2016, with the plan for it to be a holiday home / weekend getaway, as well has having one eye on the future as Bermuda will come to an end for us one day. We fell in love with the house, but built in 1991, untouched by a paint brush, and sold to us by the bank as the previous owner defaulted, it needed plenty of tlc, both cosmetically and to its neglected core.

Naturally women were involved so what started as some renovations became a complete gut rehab, and I kid you not other than when we first bought it, this trip is the first time we have actually managed to sleep under it’s roof.

I won’t bore you with the trials and tribulations, well I may one day, but suffice to say it became a bit of a project eating hearts and minds and plenty of dollars.

I was determined to take a long work break this summer and although this trip has mostly been of the non-relaxing type, it has been great to be away and easy for us to get to Florida and spend some time together at the house, in the pool and moving the house onto completion.

For those preferring to work from home, doing Zoom and Skype calls, let me tell you when completely renovating a house, stood face to face with contractors and builders is far more beneficial and a lot more can be achieved than from your couch with a laptop.

Florida in August is always a race against the storm clouds though. We’ve had plenty of rain, and like clockwork around 4pm each day the sky turns black and it rains sideways for two hours. It is a good time for an afternoon nap, or a gin and tonic!