Stockley in. Bogle out? 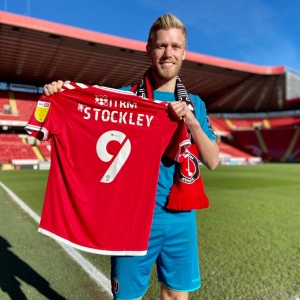 The number 9 shirt has finally been filled after Preston’s Jayden Stockley signed on loan for the rest of the season.

Stockley made an impression last year at The Valley, but this season has found starting hard at Preston with Tom Barkhuizen, Scott Sinclair and Sean Maguire ahead of him and recently they added Ched Evans as well.

The 6′ 2″ Stockley has started four games and been involved a lot from the bench until recently when it became clear that manager Alex Neil would allow him to move on loan. Sunderland and Bristol Rovers were two of a four clubs in for him, but between Steve Gallen’s persistence and Lee Bowyer’s relationship with Peter Ridsdale, the Addicks won the day.

Due to the salary cap a deal with the PNE owner also had to be made to shelter us from Stockley’s £7,000 wages. It is said that the loan deal has an agreement for us to sign him permanently in the summer.

Stockley came through Bournemouth’s academy but made his goalscoring name over two season’s at Exeter City.

He’s a big lad and should be a good foil for Aneke, Schwartz and Washington but you have to wonder where Omar Bogle now fits in, and the word is that Charlton will try to offload Bogle before the end of the month.

Stockley should see some sort of action tomorrow and will be in the squad alongside Ben Watson and Albie Morgan.