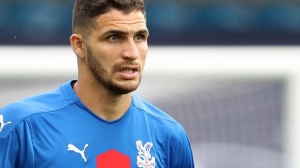 Double figures now for new players. Yesterday Bowyer and Gallen added centre half Ryan Innis on a permanent deal from Crystal Palace and quickly on the back of that 18-year old Chelsea prospect Ian Maasten joined on loan.

Ryan Inniss has not played a lot of football, and has had many loans spells. He’s had his issues it appears but all the way through he has been nurtured and heavily cherished by Palace’s staff and management.

The 25-year old has been good enough to be part of Palace’s squad, was on the bench at Old Trafford a few weeks back and played in a League Cup game.

Inniss is a Curbs signing. Aggressive, hungry, with a shit load to prove. He’s tough looking fell and Gallen has followed him for ten years, and in Steve Gallen we should trust.

Steve Parish said this yesterday: “It’s with a heavy heart that we say farewell to Ryan who has been with us for more than a decade. He is a talented player, and he has always been a pleasure to deal with. I know that he had a brilliant pre-season with the first-team, where all the staff spoke so highly of his attitude and work ethic. I’m really hopeful that he goes on to have a fantastic career, and he leaves us with everyone’s best wishes.”

18-year old Ian Maasten comes from Chelsea’s famed academy, and we know a little about that. The quick left sided defender has played for every level of the Dutch National team to U18, and was in Feyenoord’s academy at the age of 7.

Maasten will become vital to how Bowyer wants to play and sounds an exciting young player.

Three more days left, who else will Gallen and Bowyer deliver?