Are we ready for sport to start? 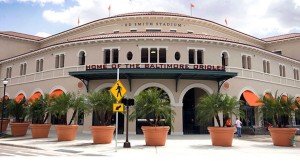 If February had 29 days, then March had 50, and April has so far had 500! Five weeks now since the Addicks and every other league club played a game of football. Unprecedented times indeed.

Who knows what will happen to remainder of the 2019/20 season. Planning our lives beyond taking one day at a time is impossible at the present, and that includes our much loved football. A straw poll amongst almost all fans would be getting the season finished, by hook or by crook. But, if that is to happen anytime before the autumn, it will almost certainly be behind closed doors.

In the U.S., there’s much talk about getting ordinary life and the economy kick started, even though death tolls are rising on an hourly basis. Earlier this week there was a suggestion that Major League Baseball would host their whole season in isolation in Arizona altering the rules slightly to adhere to social distancing. Since then a more likely leaked proposal is suggesting scrapping the current American and National league system for a year, and play regional leagues based solely in Arizona and Florida.

Generally teams east of the Mississippi have training camps in Florida, and teams in the west have pre-season camps in Arizona, and teams would report to their usual spring training sites and games would be played there on a round robin basis including double headers. The photo is of Baltimore Orioles’ training camp in Sarasota.

Leagues would be called Grapefruit and Cactus, and even if games are played in empty stadiums, it would be a huge boon for TV companies as games could be shown all day with the time differences.

I don’t know if we are ready for sport to come back into our lives, it doesn’t seem important right now, but sport would trigger a huge sense of optimism that life one day could return to some sort of normality. Baseball is gigantic feature of American families household’s summer, and MLB’s feeler shows that some sports associations are attempting to find solutions, seemingly if the EPL, EFL and FA aren’t.

Four weeks ago the leagues below the top four played an additional week, perhaps stupidly but at the time it was more with a resolute spirit than anything else. Yet, it is the National League clubs that will be asked this week to agree to end their season. If this first stage is voted in the affirmative, then there will be other votes to determine how they conclude promotion and relegation issues. Remember the champions of the National League, Barrow were top, would only replace Bury.

Meanwhile the FA has approved the decision to null and void the leagues below the National Leagues including the women’s pyramid below Women’s Super League and Championship level and all grassroots leagues across the country.

Some clubs at those lower levels had already won promotion, but there are ways of negotiating league changes and moves which could see clubs like Jersey Bulls still move up a level.

Up in Scotland, the SPFL have cancelled all football to June 10th, and have asked voted to agree to a resolution to end the season using an average points tally to decide titles, promotion and relegation. If the EFL were to propose similar Charlton would get relegated after spending just six days in the bottom three before it was suspended.

Stay home, stay safe. Happy Easter to you all.