Conor Gallagher back with Chelsea 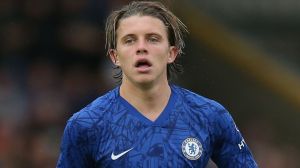 Nice. Thanks for nothing Chelsea.

The Blues have recalled Conor Gallagher from his loan and he is back training in Cobham with a view to be loaned out to another club, more than likely Swansea City.

Makes absolutely no sense at all. Swansea perhaps could have paid a bigger portion of his salary before ESI took over. Swansea are 7th in the table.

The Swans do have a good relationship with Chelsea and have just taken defender Marc Guehi and have five loan players already, the max you are allowed in a first team squad.

Tammy Abraham was at Swansea and Steve Cooper is well know with young England stars from being the U17 manager.

Depressing news, but this was always likely to happen, but still very shabby behaviour from Chelsea. Again.