More hopes ready to kill us 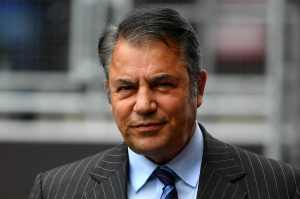 Is this the week Roland Duchatelet clears his football clubs from his wardrobe?

Today Duchatelet sold his Spanish club AD Alcorcón to Crystal Palace’s American investor David Blitzer and Ivan Bravo of the Aspire Academy of Qatar group. The deal is said to be worth between €12 million (£10.6 million) and €14 million (£12.4 million).

In January 2014 Duchatelet bought Charlton and AD Alcorcón just a couple of weeks apart, which may be a good omen because this afternoon it broke in Wales that current Cardiff City chairman Mehmet Dalman maybe close to buying the Addicks.

Negotiations between Dalman and Duchatelet are said to be at an advanced sale, but nothing is ever straightforward with the egotistical self-important Belgian.

A mystery ex-banker was linked with the club previously, and now sounds as if it is Dalman. Born in Paphos Dalman went to LSE and made his money in the city as an investment banker. He has had much involvement in football and the 60-year old is said to be ready to move into football club ownership. He is currently the chairman of Cardiff, but has no investment in the Welsh club owned by Vincent Tan.

Cardiff journalist Paul Abbandonato broke the news that was already being whispered and later stories have appeared on the BBC and The Standard, which stated that a fee has been agreed and sources close to Charlton have asked to see proof of funds. Meanwhile, Dalman is going through the club’s accounts.

Arrghh. We’ve had our happy news for a decade, you just know the old git has a nice long needle ready to pierce our balloon. We’ve been here too many times before.