Marcus Maddison next out 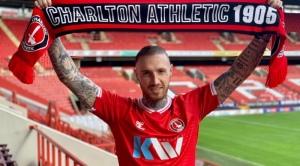 Sky Sports are reporting that the missing Marcus Maddison has been found in Bolton, with Wanderers prepared to take him off our hands.

The 27-year old has played 8 games for us, and got injured falling over a blade of grass in his last appearance at home to Accrington Stanley. The will he, won’t he come good conversation looks about to be redundant as Sandgaard, Bowyer and Gallen push that swing door even harder.

Whichever way you look at that, it is quite a bizarre move.

Thomas had an early start Mountain Time, U.S.A, this morning, and looks as if the first job was cut a big chunk out of the budget.

The move for Crewe midfielder Charlie Kirk also looks to have hit the buffers due to a meddling agent which has upset the hierarchy at The Railwayman.

Looks to be an interesting six and a half hours ahead.