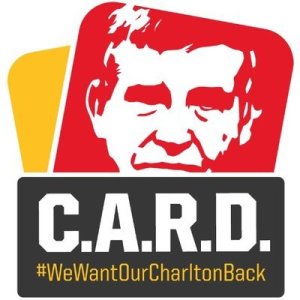 The absolute senselessness continues in SE7 today. Firstly the absolute nonsense of a statement from Matt Southall, who guess what, has given his full support to.. Matt Southall.

“The Club wish to make it clear that Matt Southall has their full support in his role as Executive Chairman and are looking forward to working with him into the future towards a positive end to this current season and beyond.”

That Executive Chairman crap has always stuck in my craw. It’s so crass and conceited. But what staggering bollocks. Roland-esque in fact. Matt mate, we have been paying attention you know. You are a fraud.

Oh and how, allegedly, Southall is suing ex-pro and Billericay manager Jamie O’Hara, who had a dig at him on Twitter. Those two clearly have history. Expect others to come out of the woodwork and poke the bear.

CAST met with Southall yesterday who also brought along CFO Sean McHugh, his own PR advisor and lawyer. Upon sleeping on, and after spending more hours than anyone else of us listening to his side of the story, CAST today called for Southall to resign.

CAST is calling on Southall to resign. After a lengthy meeting yesterday, we have no confidence in the future of #cafc under his leadership and lack of funding.

Tahnoon Nimer spoke to Talksport this morning and said he is fully committed to Charlton and “will never walk away from Charlton, never ever.”

Just a little while ago, the what we all prayed was dormant Coalition Against Roland Duchatelet (CARD) announced it’s reformation and plan a mass protest at The Valley next Tuesday.