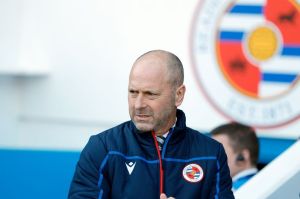 Phil Parkinson’s recent appointment at Sunderland and Gary Rowett’s move to our south-east London neighbours got me thinking of other Charlton connections currently in managerial positions around the leagues.

We all admire Parky, who quietly and almost successfully attempted to rebuild the damage caused by his old mate Alan Pardew with a millionth of the budget. But even the Roman’s would have had difficulty rebuilding the destruction Pardew left behind. The Spiv’s moved him on and replaced him with a certain Chris Powell, and the rest was history. Powell is now part of the England coaching set-up.

Our friends at Sunderland are pretty underwhelmed it would seem with Parky, although they may think differently tonight, but the Lancastrian has had much success in his career, and importantly he is a very decent human being. Rowett actually played for us, and that was the research I was really doing for this post, because, well, I didn’t want to have to mention the bloke at Oxford.

Curbs paid £2,500,000 for Rowett, an elegant and clever defender, but his Charlton career was blighted with injury and he eventually ended up at Burton, which is where he cut his teeth in management.

Rowett scored one goal for us, at The Valley on a wet Saturday afternoon in November 2002 against Sunderland. I remember that Scott Parker was the best player on the pitch that day. He of course is cutting his teeth at Fulham. I loved by the way the televised Sky game recently with Scott Minto, Chris Powell, Lyle Taylor and Lee Bowyer all having a little love-in on the pitch, whilst Parker was interviewed in a corridor somewhere, as if we’d taken over Craven Cottage, which we did.

Parker played 128 times for the Addicks before that fateful move to Chelsea in January 2004. We were all pretty torn up with the way he left, but he stayed years longer than young starlets do these days.

Parker has a lot of the qualities that it takes to make a very good manager by the way, and I have long gotten over his treason.

Another recent appointment to his first head role was Mark Bowen (pictured). Reading were the biggest net summer spenders in The Championship and Bowen was initially hired as a Technical Consultant in March after finally giving up on Mark Hughes getting another job anytime soon.

By the summer The Welshman had been promoted to the Royal’s Sporting Director and whilst advising on a successor to Jose Gomes, was the given the job himself. Bowen played 42 games for the Addicks including that great day at Wembley in 1998.

The current Exeter City manager is Matt Taylor, who I will always remember was the Grecians captain when they played at The Valley in February 2011, just a few months before Chris Powell signed him for us. On that Saturday in February my son was a mascot on his birthday. Chatting on the sidelines before the game as my son warmed up with players will always be a cherished memory, even though typically in front of a game for a fiver 25,000 crowd we were thrashed.

Taylor played 53 games for us under Powell but signed for Bradford after not having his contract renewed. Taylor was a bright lad, and a legend in the West Country, and it’s great to see Exeter doing so well.

The longest serving ex-Addick manager is Chris Wilder. Appointed at Bramall Lane after turning his back on Roland Duchatelet, but to be fair Wilder bleeds red and white stripes, the right back did play three games for us over two spells in 1990 and 1991

Nathan Jones deserves a mention, okay maybe not Completely #Made in Charlton, but Jones cut his teeth on the managerial ladder when he became our U21 professional development coach in the summer of 2012. He made a quick name for himself and was soon headhunted by Brighton, where he played for five years

Lastly we have our own Lee Bowyer, incredibly the 6th longest serving manager in The Championship!