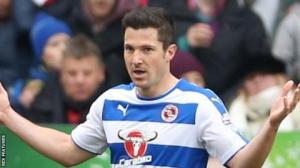 Another dagger in the heart yesterday. To battle back from 1-3 to 3-3 and then concede in injury time would sum up our season despite the fact we have rarely been on equal, let along better terms in injury time.

Jose Riga rued injuries for our frailties, yet our defence resembles a teabag and you can’t concede 3 goals in the 1st half and have any hope of winning matches. Riga was still able to put out a first team without relying on an academy graduate and Cristian Ceballos and Naby Sarr were nowhere near the bench.

It’s funny how Chris Solly’s absence is now lamented when not long ago the owner said he wasn’t good enough. A bit like Yann Kermorgant, also not worthy of a new contract, yet Roger Johnson was lauded on his return as some sort of savour and given an 18 month deal. Yes, funny like a hole in the head.

As for Yann, who cemented his place in Addicks’ hearts last week with his damning denouncement of the club’s owners. He dominated proceedings in the 1st half, scoring twice, almost grabbing a hat-trick and assisting Reading’s other goal. I’d rather Piotr Parzyszek any day….

Roger Johnson has started 5 games since his return and in those game we have let in 19 goals. Incredibly we have now conceded 73 in all competitions! There are enough decent, if raw defensive players in the squad and yesterday both Marco Motta and Yun Suk-Young came out of the game with credibility, but this squad’s abilities run deeper than not being good enough. They are spineless, rudderless and organizationally a shambles.

That is generally what happens when you have three managers in a year and countless coaching staff with differing ideas and opinions. Young players, and confidence players crave continuity and balance.

A bright light yesterday was Yaya Sanogo who hit a hat trick which so nearly rescued us a point. If we have any chance whatsoever of staying up we need Sanogo to have the same impact as Alex Song and Francis Coquelin. Let’s hope Arsene doesn’t recall him.

Whilst intrepid Addicks made their way out to Belgium, there was good numbers of Addicks outside the west stand post match and plenty of anti Meire and Duchatelet banners on show in the ground.

If there is to be any rescue operation under Riga it needs to start soon. Like next week.

Addick Bloggers at The Valley: Chris Powell’s Flat Cap; Drinking During the Game; Hungry Ted; Stickleback; And Nothing Else Matters;