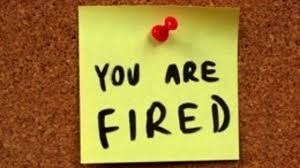 In America’s National Football League yesterday is known as ‘Black Monday‘ the day after the regular season ends. Six of the 24 franchises that did not make it through to the end of season play-off’s released or fired their head coach and the majority of the coaching staff on the one day. None of them were really a surprise and following the play-off’s NFL owners may still reach for the axe if coaches don’t live up to lofty expectations.

So, how is this different to English football? Well it’s not, except for one thing. Owners nearly always wait until the end of the season before making a head coach change, this despite the frying pan heat to win every week that a 16-game season brings, which for me makes the NFL season far more exciting than say a 162-game baseball regular season.

In English football since it kicked off in August, we have seen 25 managers leave their position, only one, Uwe Rosler, leaving of his own accord. Over the 2013 calendar year 58 managers have moved on. Many clubs changing the name on the manager’s door more than once.

New Year and the looming transfer window always gives chairmen and owners the twitches, and most recently we finally saw Malky Mackay put out of his misery by the bonkers Vincent Tan, and the considered less bonkers John Berylson cut Steve Lomas loose to show that a Harvard MBA may not come in particularly handy when it comes to appointing football managers.

What if Berylson, who handpicked Lomas and sung his qualities in June, was made to stick with him until the end of the season? How would that affect the final league standings?

Seven other teams in our division have also rid themselves of their manager so far this season. When do owners start to take responsibility for their decisions, and with the Financial Fair Play (FFP) regulations coming in to play, the league might want to consider regulating how often owners throw good money after bad?

FFP is probably the key reason why Jimenez and Slater have not moved out Powell and his staff, but then again perhaps, just perhaps they understand a little bit more about the game, if not it’s customers, than people like John Berylson and Vincent Tan.