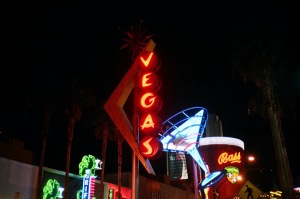 I woke up far too early in Las Vegas this morning (I did plan to be here) as body clock and eyes were completely out of sync. After a little bit of tossing and turning, my brain kept replaying Matt Smith’s goal, which wasn’t good for the soul, so I went for a walk. Las Vegas in the early hours is a sight to behold I can tell you. Give’s south Bermondsey a run for its money.

I’m out here on a work trip, today was a chill day, but from this evening onwards we have a very busy schedule as we venture all over south and north California. Sleep will be a distant ambition by the time I return home from San Francisco next Saturday.

As for the Addicks we have a long time to dwell on this latest heartbreaker as we don’t now play for two weeks. I’m still more than happy where we sit in the table but it’s imperative we re-find that energy we had in the opening couple of months of the season. Maybe teams have worked us out, but still as Bow said we have been in every game and when we’ve lost its been by the odd goal (Wigan aside). We need players back though, obviously Taylor and Williams, but I feel Field missing leaves a hole as well.

Our fellow promoted sides are struggling much worse, but his is about us and we need to settle the ship and cut out the unenforced errors because they are killing us. I also would rather us revert to a flat back four too. Lots of things to work on for Bow, Jacko and Marsh.