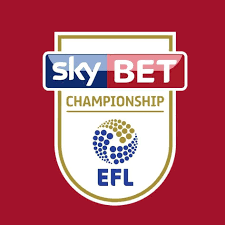 Those fixtures look a hell of a lot better than the last few seasons, don’t they? More familiar foes from our long history with no disrespect to the sides in League One.

So we start on the road at Blackburn, a team we have played in the league 35 times. A big away end, and hopefully loads of noise coming out of it. Our first home game is Stoke City, one of many occasions I guess when the Jimmy Seed will be full. We haven’t played Stoke since 2008.

We then go to fellow promoted Barnsley, and then are at home midweek against Nottingham Forest and then Brentford on the Saturday.

We have a run at the end of September / early October of Leeds United (H), Swansea City (H) and Fulham (A). We travel to Millwall in November on a Saturday. Luton away is a Tuesday, although the majority of midweek games seem to be on a Wednesday, which is different. Of course once Sky get their mitts on it, there will be changes, although the International dates are already filled in.

Saturday before Christmas is QPR at Loftus Road. Always a fun place, where once I almost got thrown out by the old bill for being too noisy! Boxing Day we host Bristol City and New Year’s Day we have to go to Swansea. Real shame that is not a normal Saturday.

Fulham at home is late January, FA Cup 4th Round day, which means at least we’ll be available!

Stoke away is in February, which brings memories of a snowy away trip in 1994.

Middlesbrough, who we have played more than anyone else in this division are at The Valley in March. We go to Cardiff on Saturday, March 21st and Easter weekend we are home to Brentford and away to Reading.

Our final home game is Wigan Athletic and then on the last day we go to Elland Road.