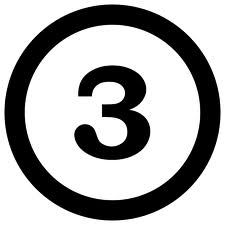 Brighton sit on top despite drawing their last two games with 22 points. A year ago that would have seen them in 5th, five points behind the leader, which is proof enough that this season the league is much wider open. Gus Poyet has created a buzz around the club this season, hence the 3,400 Seagulls who will travel up to SE7 on Saturday. Like us though goals haven’t come easy for them, that tag goes to Peterborough and Bournemouth who are the division’s joint top scorers with 23.

Bournemouth have impressed under Eddie Howe after losing to us on the opening day. Despite selling Brett Pitman (struggling at Bristol City) Josh McQuoid and Marc Pugh have got 10 league goals between them and the Cherries have already played five of the top seven.

Carlisle are nicely tucked in 2nd and have the best defensive record in the division. Winger Matty Robson starred in the weekend’s win over Notts County and he will now be joined in attack by Leeds’ Mike Grella on loan for a month. Jason Price has moved to Bradford for the same period.

We might wonder how we sit just a point short of the play-off’s but Sheffield Wednesday contrived to lose four games on the spin but have bounced back into 5th after two wins and a draw in the past fortnight. Huddersfield’s form is equally as erratic but they had the result of the weekend handing Colchester their first defeat of the season 3-0 at the Community Stadium .

Southampton have finally found their feet under Nigel Adkins. Two home wins, and three out of four has dragged them 9 places up the table but they travel to Huddersfield Saturday. Swindon had a sticky start but beat rivals Bristol Rovers on Monday night, for whom Charlton summer target Will Hoskins has already scored 5 goals this season.

At the bottom Brentford despite easily beating us continue to struggle losing at home again on Saturday, this time to Oldham. Dean Furman who tormented us earning more plaudits. If I look at the bottom of Div 3 we have already played six of the seven sides currently down there.

But we now enter an important period as we get to play four of the current top five plus play-off nemesis Swindon in our next five matches. The away performances at Franchise and Argyle have produced a glimmer of light. Let’s hope that light turns out to be as happy as the one 33 miners are seeing in Chile today.