Gilbey moves on loan to Stevenage 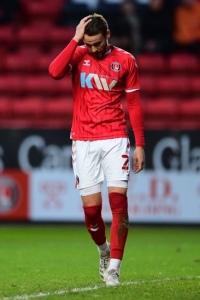 Midfielder Alex Gilbey has moved to League 2 side Stevenage managed by the inimitable Steve Evans on a season-long loan. There is a call back option in January.

I like Gilbey but he was a bloody annoying footballer in that I always thought he could be better. Whether he didn’t have the hunger, or the fitness or this was as good as it got I could never get to the bottom off!

It is worth remembering that the 27-year old won Player of the Year for two consecutive seasons at MK Dons before moving to SE7 under Lee Bowyer. He has blown so hot and cold especially last season, although I’d have thought that he would be suited to Ben Garner’s style of play, yet he has not had any opportunity to show it, and a loan move looks the best option for all parties.