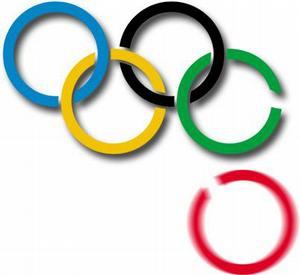 A hop, skip and jump back to London tonight. This trip was originally planned for a couple of weeks with family to get ourselves fully absorbed into the Olympics. Not so.

Copious (more than three) attempts to purchase a range of tickets for a range of sports over a few week period ended up with zilch. No, I lie, I did get some Women’s Preliminary Round (non beach) Volleyball tickets for Earls Court. No disrespect to Earls Court but all of us slogging across London to watch Algeria v Japan just didn’t do it for me, so those tickets went back.

Thus I came incredibly frustrated with the whole Olympic ticket process and called it off as a bad job especially after a couple of very early mornings/late nights tapping away on the computer with millions of others. Don’t get me started on the 250,000 tickets unsold, including athletics, opening and closing ceremonies. LOCOG couldn’t have got the ticketing procedure more wrong.

I don’t want to dwell on it but I will a bit longer if you’ll excuse me. I have always been the sort of person that will sit endlessly in front of the telly watching all kinds of sports during the Olympics when either something dramatic is happening or a Brit, previously unknown, is about to snatch a bronze medal to become an instant hero.

I was excited about London 2012 from the day IOC President Jacques Rogge announced the decision 7 years ago and now I am just bitter, annoyed and resentful.

I used to joyfully debate the advantages of having the Olympics in London’s backyard with all kind of antagonists and opposers, who often had good arguments to be fair, but now and for a while I can’t be arsed.

On Friday 27th when London tries to match or better Beijing for the Opening Ceremony we will be in Chicago and actually I will be stood in church attending a friend’s wedding rehearsal. In fact we will only be in our own house for 3 of the 19 days of competition. A contrived effort but one I will probably regret when I systematically grab peeks of Twitter and read of records falling and Britains standing on podiums. Oh well. Puerile whinge over.

Tomorrow and Friday I will be in the City meeting various people about stuff and then on Friday evening I’ll get my son and we’ll drive down to my parents in East Sussex to help them celebrate their wedding anniversery. Back to Bermuda on Monday.